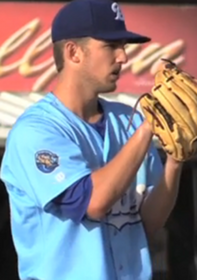 Keith Law’s rankings week is winding down, after offering his farm system rankings and his top 100, Law is now offering individual team rankings (to ESPN Insiders, that is), and his Cubs top 14 is a very interesting collection.

No big surprises in the top seven, and Candelario and Vizcaino have been right around the back-end of the top ten area. But Corey Black, the pitching prospect the Cubs received in the Alfonso Soriano deal (recently discussed by Luke here), is a surprise at number nine. Black has great stuff, but the knock on him is whether his size and his command will allow him to remain a starter. With this ranking, I’d say it’s fair to guess Law believes Black can stay in the rotation for a while yet.

Speaking of pitching, Law clearly likes what the Cubs did in the 2013 draft, as he’s got three of the pitchers the Cubs took – Zastryzny (second round), Frazier (sixth), and Skulina (fourth) – there at the back of the rankings ahead of a host of legacy arms and quality positional prospects. Chris Crawford’s list was similar in this respect, which is maybe unsurprising, given how into amateur scouting McDaniel and Law are.

A couple big surprises? No Dan Vogelbach or Christian Villanueva, even in the top 14. Law has consistently been down on Vogelbach for as long as I can remember him discussing the 1B/DH. But Vogelbach regularly shows up at the back end of the top 10 in virtually all other Cubs lists, so this is notable. As for Villanueva, maybe Law doesn’t like the bat.

It’s also surprising to see Jimenez in there, as Law has indicated in the past that it’s very tricky to rank guys who’ve yet to play any Stateside ball. That said, Jimenez was the top international prospect this year (though I get the sense that Ben Badler is at least as high on the number two guy, Venezuelan shortstop Gleyber Torres, whom the Cubs also signed – I’m getting off point), and he does come with some expectations. He’s just 17, though, so he’s got a long way to go before fulfilling the promise of Law’s ranking.

Law’s piece includes his overall thoughts on the system, and more detail on the ranked (and some un-ranked) players.