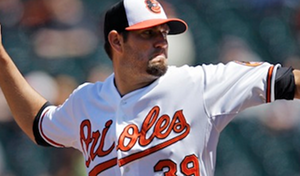 While we await official word that the Chicago Cubs have signed pitcher Jason Hammel to a reported one-year, $6 million deal with another $1 million possible in incentives, there are a handful of relevant bits to discuss …