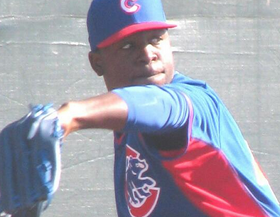 Thankfully, it’s been almost a month since The Little Boy had an I’m-going-to-wake-up-screaming-every-45-minutes-on-the-dot kind of night, but he nailed us with one last night. I felt like I was in the hatch on ‘LOST,’ having to press the button every 108 minutes. Except it was every 45 minutes. There was no helpful sleep shift schedule. And instead of entering a short code and pressing a button, I had to sooth a screaming infant. Ok, The Wife helped, too.