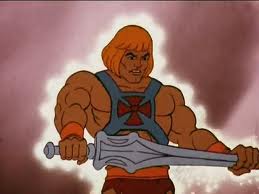 A little something to make you smile …

The good news first: Javier Baez was selected as having the best power tool in all of the minors,* and the praise followed effusively: “Among the prospects in the game with elite raw power, Baez takes the cake because of his ability to translate that power to game situations. Despite being an ultra-aggressive hitter, Baez’s ability to consistently make contact allows him to tap into his raw power and could lead to him dropping 35-40 bombs a year in the majors. Elite raw power is rare, but the ability to bring that type of raw from batting practice into games is even rarer. Of the players considered for this list, Baez is clearly the best bet to actualize his top-of-the-scale raw power, and he could begin doing that as soon as this summer.”

*(But which power tool was it, Brett? The bandsaw? The floor sander? For Baez, I’d go with a crusher.)

Baez came out on top of guys like Miguel Sano, Joey Gallo, Steven Moya, and Oscar Taveras, which is impressive, given that the ability to translate the power to big league game action was a heavy component of the evaluation. Baez has some swing-and-miss tendencies, but, apparently in the eyes of BP and their sources, it won’t prohibit him from actualizing that power in a big league setting. Schwing.

More good news: I omitted a name from the also-ran category for dramatic effect. That name is Kris Bryant, who was also considered for the top power tool position, and he also projects to have great in-game power: “Bryant’s raw power rests a half grade behind the others, but he should bring a significant portion of his raw pop into games, allowing him to hit 30-plus home runs a season.” Good to hear. I imagine that Jorge Soler and Dan Vogelbach would be among the guys considered in the next tier, where a large number of big-time power prospects fall.

Now for the less good news … on that “hit” tool list, Cardinals’ uber-prospect Oscar Taveras takes the top spot, and the write-up will make you cringe: “Blessed with some of the best hands in the game and an innate feel for getting the barrel to the baseball, Taveras projects as an elite hitter who could win multiple batting titles in his career. Unlike many players with violent swings or aggressive approaches in the box, Taveras makes it all work thanks to the combination of tremendous bat speed, exceptional hand-eye coordination, and an unexplainable gift for hitting. Saying Taveras is the best hitter in the minor leagues may actually be selling him a bit short, as he could be one of the best hitters in baseball the second he steps on the field in St. Louis.”

The list of also-rans includes Nick Castellanos, Rougned Odor, and Raimel Tapia. I have to wonder how close Albert Almora was to making that list, and is probably considered just down in the next tier (concededly together with probably a large number of prospects).

Check out the BP piece for much more on these tools, including the top tool guys in the big leagues today and in baseball history, as well as a discussion of how the tools are evaluated.