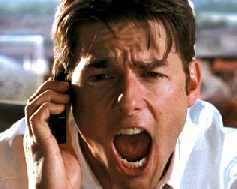 In the two offseasons governed by the Collective Bargaining Agreement ratified in late 2012, the course of free agency has changed dramatically. That, as you well know, is thanks to a new compensation system for teams that lose/sign free agents, and changes to the draft that make losing picks (and their associated pool money) all the more painful.

What we’ve seen, among other things, is that good, but non-elite, free agents can take a long time to sign, as teams display a preference for players unattached to compensation or players that are so damn good that compensation isn’t an issue. Last year, it was Michael Bourn, signing on the eve of Spring Training, and Kyle Lohse, signing on the even of the regular season. This year, it’s Ervin Santana, Kendrys Morales, and Stephen Drew all still looking for a job with the calendar about to flip to March. And Nelson Cruz just signed a one-year deal with the Orioles for less than the value of a qualifying offer.

I think it’s safe to say that the involved parties didn’t fully anticipate the impact of the CBA’s changes, and it’s clear that some players are frustrated and regretting the compensation system. Of course, I’d point out that part of the reason the compensation system working so hard against them is because of the hard-slotting that the CBA also instituted in the draft (i.e., each pick has a specific dollar value associated with it, and if you lose the pick, you lose that money from your spending pool). And that hard-slotting has shifted more and more dollars to the big league side, meaning that players in the aggregate are getting more money than they were, even if a few free agents are suffering.

That said, even MLBPA executive Tony Clark concedes, per Nick Cafardo, that the players may seek to reopen talks with the owners about free agent compensation. Whether that would mean a change by next offseason, or merely discussions that would inform the next installment of the CBA – the current one doesn’t expire until after 2016 – remains to be seen. It seems fairly unlikely that such an important change could be negotiated and formalized in time for next offseason, given the intervening season, but I suppose it’s possible. At a minimum, you can expect some changes in the next CBA.

In the meantime, Ken Rosenthal discusses the possibility that Santana, Morales, and Drew could sit out until after the draft in June, at which point they become untethered to draft pick compensation, and their price tag would presumably go up (they might also benefit from injuries and/or surprise teams in need of another player). It would certainly make for an interesting wrinkle to the mid-year trade season, and could hasten the calls to have the system changed as quickly as possible.

From the Cubs’ perspective, it’s fair to wonder whether they wouldn’t want to see the system changed just yet, given that they project to have a protected pick next year, meaning that if they were to sign a qualified free agent after this season, they’d lose only a second round pick, rather than a first. In other words, if the Cubs become spenders next offseason, the current system arguably benefits them more than other teams, because how many of the bottom 10 teams in the league this year are going to be big spenders in free agency?

Maybe the Cubs will finally catch some luck, and the current system will linger just long enough for the Cubs to take advantage of it (maybe even by signing multiple qualified free agents in a single offseason, thus further reducing the effective cost of the signing) … before changing to a more neutral system when the Cubs are consistently good, and would be harmed by having to lose first round picks for free agents.

The timing of the last CBA really screwed the front office’s ability to rebuild the Cubs in the ideal way they would have liked. They deserve a little good-timing-luck with the next one.