A Year in Chicago Cubs TOOTBLANs Skip to content 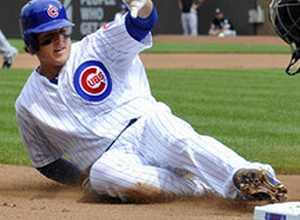 Years ago, driven by Ryan Theriot’s escapades on the basepaths, Chicago Cubs fan and blogger Tony Jewell (you may have known him at Wv23 if you go way back in the Cublogosphere) invented the TOOTBLAN – Thrown Out on the Basepaths Like a Nincompoop. The TOOTBLAN, which celebrates and denigrates players who make outs after they’ve already reached base, has become a part of modern Internet baseball culture, and you’ve probably seen the term, even if you didn’t know it was invented by a Cubs fan raging about Theriot. Now you know.

That fan, the aforementioned Jewell, is an awesome dude (he runs the TOOTBLAN blog and the must-follow TOOTBLAN Twitter account), and he has made a beautiful and hilarious infographic about the Cubs’ 2013 season in TOOTBLANs. He was happy to share it with us, so enjoy: