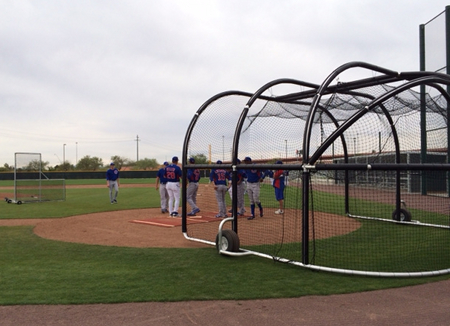 Today I took in more of the Cubs’ new facilities in Mesa, and also headed down to minor league camp, which technically started today. Of course, many of the most recognizable prospects are still with the big league contingent, so some of the guys you see are lesser known. The practice fields where the players were working out today are just fantastic for viewing opportunities, since they sit in a beer-league-softball-field-like clover, where all of the home plates are the center. You can literally look over your shoulder from one field to another.

Among the things I saw today …