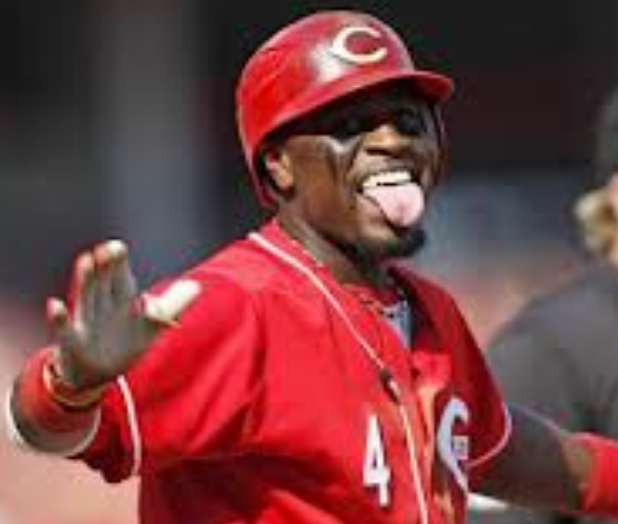 There was a time when I really enjoyed Cincinnati Reds second baseman Brandon Phillips because he was so thoroughly himself that he would say whatever was on his mind. He was always comfortable in his own skin, and even if I didn’t agree with him, I like when people give off that vibe.

Then he said some ridiculous things after losing out on the 2012 Gold Glove to Darwin Barney (which were ultimately insulting to Barney), and he berated a member of the Cincinnati media in a completely inappropriate way, and that was that for me.

So now, I really enjoy Phillips because he is a declining embarrassment to the Reds who is under contract for four more years and $50 million. He is currently not speaking to the Cincinnati media because he doesn’t like the way they covered his performance in 2013, which is a completely mature and reasonable way to react.

“I don’t have nothing to say to those cats,” Phillips told MLB.com’s Anthony Castrovince, referring to the Cincinnati media. “They know what the deal is. They just talk about how I was falling off and declining. How the [expletive] am I declining? I had 100 … ribbies [RBI] last year. And I did that with one … hand. And I won a Gold Glove? So how the [expletive] am I declining? Come on, man.”

Yes, how is Phillips declining, indeed …

Don’t see a lick of decline there. And I know I certainly wouldn’t mention it if I were tasked with covering the 32-year-old Phillips daily. Really unbelievable that the Cincinnati writers even considered advancing such a cockamamy theory.

Remember: this is the guy who called his $72.5 million extension a “slap in the face” just last year. That the local media would examine his performance in light of comments like that? Once again, boy-howdy, I just can’t imagine it.