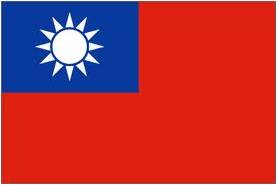 During last Summer’s international spend-fest, the Chicago Cubs signed 18-year-old Taiwanese righty Jen-Ho Tseng for $1.625 million. The now 19-year-old was expected to be among the top prospects in the international class, given that he was already pitching in international competitions, and sported a mid-90s fastball with a couple plus secondary pitches. But then his velocity fell, he looked bad in the World Baseball Classic, and he wound up not even being on some of the top prospect lists coming into last year’s signing period.

The Cubs stuck with him, however, and his stuff ticked back up in June and July, just before he signed. Apparently that has carried forward, because crews from Baseball America and Baseball Prospectus were both in Mesa this weekend observing prospects, and they seemed to focus on one arm they saw: Tseng.

First, here’s a full scouting report from Ben Badler, including video (look at that curveball to the first batt, man! That’s literal knee-buckling right there). It’s a great read, and among Badler’s thoughts:

Right now, Tseng appears to be back on track. Pitching for three innings on Sunday against a travel team of Dominican amateur players from the International Prospect League, Tseng threw 89-93 mph, mostly in the higher end of that range for the first two innings. He mixed in an above-average curveball that mostly registered at 75, though he added and subtracted with the pitch. He threw plenty of strikes with his curveball, which had good depth and late, sharp bite. He buckled the knees of back-to-back hitters for strikeouts at one point, and while the hitters he’s facing were mostly 15- and 16-year-old boys, the fastball and curveball were quality pitches regardless of who he was facing.

Badler concludes by saying that Tseng has the mix of pitches and stuff to be a future big league pitcher. That may not sound like much, but we’re talking about a 19-year-old who hasn’t yet pitched in a stateside league. That praise is plenty.

And then there’s the report from Baseball Prospectus’s Mark Anderson, who says in part:

Tseng surprised over the weekend with an extremely impressive three-inning stint against the International Prospect League squad in Mesa. Tseng came out pumping 91-92 mph fastballs with precision, touching 94 in his first inning of work. He moved the ball from side to side with ease, elevated when he wanted to, and generally worked the knees against overmatched young hitters. His changeup was firm on the couple of occasions he mixed it in, thrown in the 81-83 mph range, all the while showing late sink reminiscent of a quality splitter. The arm speed and slot are identical to the fastball and you can see at least a plus future for the pitch. Tseng’s curveball stole the show as the outing extended, transforming from a loopier breaking ball that was easily spotted out of the hand to a tight hammer breaker that looked the part of yet another future plus secondary pitch.

Anderson guesses that Tseng could handle full-season ball already, which means he could start out in Kane County’s rotation. That’s impressive, again, for a 19-year-old with no significant stateside experience.

Check out some of the thoughts from folks in attendance as they were watching Tseng, which gives you an even better sense of how good he looked:

Great job by the Cubs staying on Jen-Ho Tseng last year. 91-93 with an above-average curveball today.

Much better than he looked this time last year, without question RT @cublando better than advertised ?

Tseng freezes two hitters in a row for strikeouts with a sharp hook. Granted, he's facing children, but it's impressive.

Really impressive stuff from Jen-Ho Tseng today in Mesa; writing him up for @baseballpro tomorrow. #Cubs

In a discussion chain involving Sahadev Sharma, Parks went on to say that he also thinks Tseng looks like a full-season arm at this point (a ceiling of a 2/3 – that’s high praise), and would now rank Tseng in the Cubs’ top ten prospects. Think about that. That puts Tseng right up there with the top arms in the Cubs’ system, and immediately behind Pierce Johnson and C.J. Edwards.