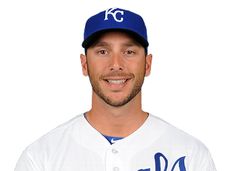 I always like to caveat these things with some variation of, “The Cubs’ front office and coaching staff has eyes on things that are obscured to fans, so they have more data to make these decisions than we do.”

Donnie Murphy, who was put on waivers, is heading to Texas Rangers. Catcher George Kottaras will go on unconditional release waivers.

Scout source tells me Cub Catcher George Kottaras has cleared outright waivers and has been put on release waivers .

If Kottaras is placed on release waivers – having gone unclaimed on the outright waiver wire (dude makes just $1.08 million) – he’s very likely to be out of the organization, in addition to being off of the 40-man roster. That means either the Cubs are so enamored by John Baker or so disappointed with Kottaras (or both) that they prefer to keep Baker as Welington Castillo’s backup over Kottaras, and they’re willing to put another dent in their non-existent catching depth.

I guess we’ll see what happens when this shakes out. Of course, if no team was willing to take Kottaras for just his salary, then we’ll know a little something is up with him, as far as baseball evaluators are concerned. I’ll gladly volunteer that I’m no scout, and I just liked what a saw in Kottaras’s recent numbers at the plate (as far as backup catchers go). Obviously I’m seeing something that wasn’t there.

UPDATE: Multiple reports confirm that Kottaras is indeed on release waivers, and he’ll be moseying on out of the organization (unless he sticks around on some kind of re-negotiated minor league deal). As an arbitration contract, Kottaras’s deal was likely not entirely guaranteed, so the Cubs may have saved a few hundred thousand here with this maneuver. But still. What’s so wrong with the Greek Dog of Walks?

With Kottaras and Donnie Murphy off of the 40-man, and with Kyuji Fujikawa like to hit the 60-day DL, the Cubs will have three 40-man roster spots to play with. One will go to Emilio Bonifacio, and one will likely go to John Baker, assuming he wins the backup job (Eli Whiteside hasn’t had a great Spring). The third could go to one of Ryan Kalish and Ryan Roberts.

And a reminder to myself and others:

As I have to remind myself (and others) every year: the end of Spring Training is nuts with fringy roster moves. You can be surprised.