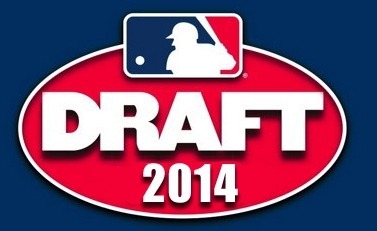 Callis has a breakdown of all of the pool dollars that will be available to teams this year in the draft, as well as the international signing pools that each team will receive. Callis reports that those figures have increased by 1.7% this year over last year.

For the Cubs and their 10 picks in the first 10 rounds of the 2014 draft, they will have a signing pool of $8,352,200, which is the 6th highest amount (although the Cubs pick 4th, other teams have more than 10 picks in those first 10 rounds, thanks to free agent compensation and the competitive balance lottery (for which every other NL Central team is eligible except the Cubs)).

We’ll get into the nitty-gritty of the draft’s bonus pool rules when the draft gets a little closer, but, suffice it to say, that’s the amount of money the Cubs will have available to spend on their first 10 picks, assuming they sign them all, and to spend on guys after the 10th round who command more than $100,000 to sign. The Cubs can exceed their pool by 5% without triggering any serious penalties, and in both drafts of the new CBA era, they have done so. I’d expect them to do it again this year, making their effective pool closer to $8.77 million.

On the international side, the Cubs will have $3,962,700 to spend, which is the fourth highest amount. The pool comes from totaling four “slots”, each of which is tradable.

Because the Cubs dramatically exceeded their allotment last year, they will not be allowed to sign any single player this year for more than $250,000. You can make a lot of hay in the IFA market with a $250,000 bonus, so don’t think the Cubs won’t still get some nice prospects. However, it can be difficult to spend nearly $4 million that way, so I would look for the Cubs to shop around one or two of their IFA slots when they become eligible to be traded on July 2. It’s a nice extra asset to have – if the Cubs find a team that plans to exceed their pool, the Cubs could trade a $1 million slot as though it were $1 million in real cash. That could “buy” them a decent, albeit not elite, prospect.