Take It Easy on the Platoon Bashing, Eh? Olt and Lake Will Have Their Day Skip to content 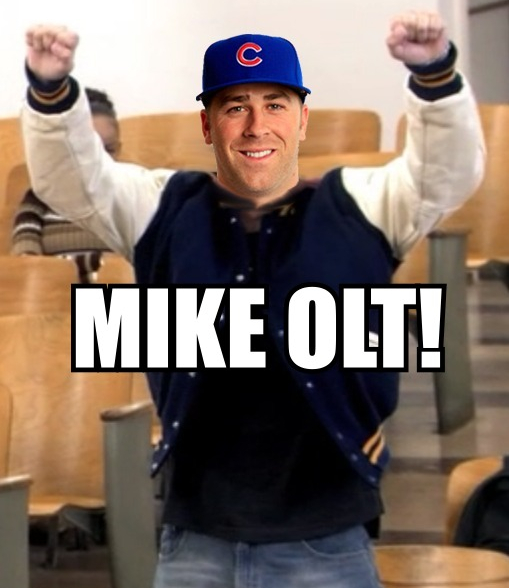 Until Sunday’s offensive breakout, folks started to whisper that the Cubs’ offense was struggling because of the constant lineup shifting. In other words, the struggles were because of the many platoons. And, should the Cubs struggle offensively today, Sunday will be forgotten, and the whispers will start up again.

So, let’s be quite clear about something: the offense isn’t struggling *because* of the platoons. Railing against the platoons for being the reason the offense is struggling is akin to claiming the rock you’re holding keeps tigers away. Correlation is not the same thing as causation. The offense has struggled at times because of bad (luck) sequencing, lack of slugging, lack of walks, cold weather, and a worse-than-average overall offense regardless of lineup. The Cubs’ offense always projected to be weak, but it always projected to be better if players were smartly platooned (and it still projects that way). I won’t hang my hat on Sunday as proof of anything, but it was an example of how things can go well in a platoon system.

It’s also been six games, which, statistically-speaking, is pretty much nothing. Consider that, for his career, Justin Ruggiano hits .249/.319/.492 in 362 career plate appearances against lefties. Do those numbers just go away because he had 6 to 10 crappy plate appearance results this year, half of which came against a guy who happens to be one of the best lefties in baseball (Cliff Lee)? Of course not. It’s easy to get caught up in the moment, but that doesn’t make it right. Even when a guy is “great” against lefties, he’s going to have more crap games than great games. And when you’ve got a sample of, like, two games from which to judge? You have no idea what you’re looking at.

The one piece of the platoon criticism that has some merit as a discussion piece, however, is the long-term versus short-term focus of the Cubs. In the short-term, the Cubs are clearly trying to win April games, and are maximizing platoons to try and make that happen. In the long-term, however, the focus should be discovering and developing potential pieces for 2015 and beyond. These two focuses work against each other, for example, in the cases of Mike Olt and Junior Lake, each of whom is a righty, each of whom has the potential to be a starter in 2015 for the Cubs, and each of whom has sat against righties so far this year.

For me, I have several responses to folks griping about Olt and Lake sitting so much so far: