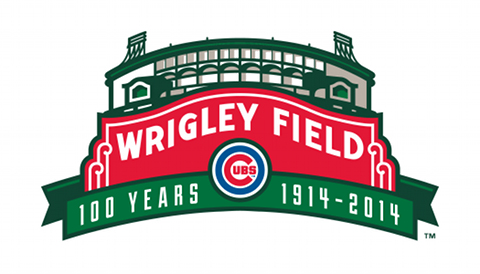 Among the many things that stink when your baseball team isn’t very good – and hasn’t been very good for a long time – is that the national stories that get picked up about your team aren’t going to be very positive. Worse, if you’re a big market team, you’re probably going to get skewered for every little thing.

So, when the Cubs popped up on Deadspin and Hardball Talk and CBS Sports and USA Today this afternoon, you knew it was for nothing good.

But it turns out, it was really just … nothing.

The Cubs had a giant Wrigley Field cake made for yesterday’s 100th Anniversary Game:

The giant cake – wonder if Wrigley will blow out all the candles. And the wish? You could probably guess. pic.twitter.com/lpjm8f87pH

It was genuinely as awesome as it looks and sounds. Sure, it was mostly just decorative, and “cake” only in the sense that a tiny portion of it was edible, but still, it was a cool touch for a “birthday” celebration. Folks waited in line to see the cake (I was there – it was a hit), and then it was taken to be displayed at a charity event later that night (after it had sat outside all day in the sun).

Today, someone saw that the cake had been discarded in a dumpster outside the Field Museum, where the charity event had been held. I have to be honest: if I’d seen it, I would have thought, “Hey, there’s that cake! Ok. Enough about that. I think I’ll go get lunch.” The party was over, the cake wasn’t edible (partly because it’d been outside all day, and partly because most of it was inedible by design), the cake was perishable, and so it would eventually be disposed of. Non-story.

But, as I said in the preamble, it’s the Cubs, and it’s a giant-ass cake of Wrigley Field in a dumpster. There’s always an angle if you want to troll the Cubs. And so some pictures were taken, some national sites lit up with hahahaCubs stories, and that was the focus of the afternoon.

For their part, the Cubs are actually disappointed in the way the cake was trashed. Spokesperson Julian Green offered the following statement:

The Chicago Cubs are disappointed in how our Wrigley Field display cake was disposed of by the Field Museum following our successful charity event. The team made a decision not to serve the edible portion after the cake was on display outside Wrigley Field for most of the day. Though the cake was mostly made up of non-edible material, it certainly does not excuse how a celebratory cake artfully created by Buddy Valastro and Carlo’s Bakery was handled.

So, maybe the Field Museum dropped the ball (cake) on taking care of the cake after the event. That, too, isn’t really the Cubs’ fault, but I’ve gotta fall back on … why is this a story at all? It was a fantastic cake, everyone saw and loved it, and it totally served its purpose. Because of the way it was displayed, the completely reasonable decision was made not to serve it as food. That’s the end of it, from where I sit, and the cake made it way to the nearest receptacle large enough to handle it.