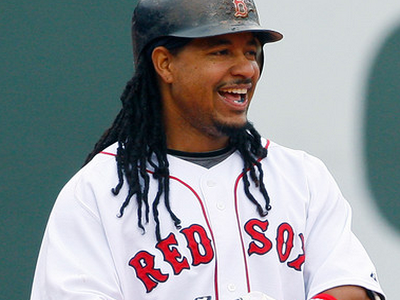 With a couple days digestion time, I feel pretty positively about the move to hire/sign Manny Ramirez as a player-coach at AAA Iowa. There’s risk, to be sure – Ramirez has been busted for using PEDs, and was something of a headache in his later years in Boston – but the upside is considerable. For all of Ramirez’s struggles, he was always a guy that clearly “got” hitting. When he was at the plate, he looked like his heart rate was about 45 beats per minute. That kind of calm understanding of the approach, the strike zone, the pitches, and the pitcher doesn’t come around very often. It might be difficult to translate in the coaching world, but he was so very elite in that regard that it’s got to be worth trying.

And, let’s be clear: it’s not like Ramirez is going to be turned loose to mold the Cubs’ prized positional prospects into whatever he wants with no input whatsoever from the rest of the organization. Ramirez is but one additional voice in the development chain. He’s got a lot of hitting – and life – experience to share, and he’s also got a huge name. That matters. When he speaks, the young men coming up the ladder will listen. (And, if the Cubs are able to keep him in the organization long-term, Ramirez is probably a pretty great recruiting tool in Latin America, a la my frequent argument about bringing Sammy Sosa back into the fold.)

It’s fair to be wary about all the bad stuff in Ramirez’s past, and it’s also fair to make a few Manny-being-Manny jokes. But the Cubs’ front office is deep in both intelligence … and experience with Ramirez. If these guys think it’s a smart move to bring in Ramirez, and to place him in a critical role, given the trajectory of the Cubs’ top prospects coming along? Then I say groovy.

As for some other interesting follow-ups, quotes, reactions, etc. to the big move …