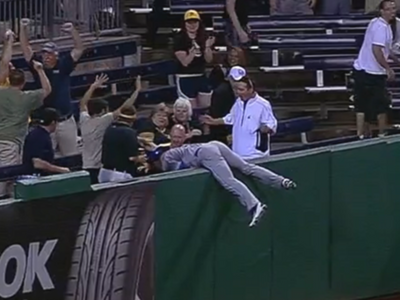 I need a new pair of sunglasses, but I’ve never been able to settle on the style of sunglasses that look OK on my face. The wire-framed ones look awkward, and the thicker black frame ones look like I’m trying too hard. I usually, then, end up getting “goofy” ones so that I can just beg off and claim I don’t care what I look like, and then it’s not my fault if it looks stupid.

For those who've just followed me: Check out Javier Baez's Triple-A experience in one painful at bat https://t.co/FKu8n5C9Js