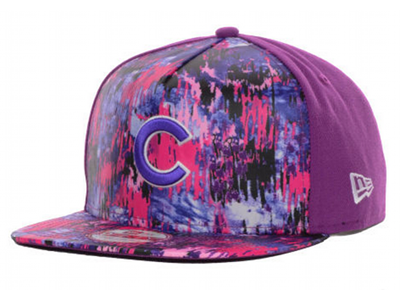 Much to my chagrin/joy, you all gave so willingly to Make-A-Wish that, not only will I have to blog from 6am on Wednesday, July 30 until 7pm on Thursday, July 31, but I’m also very close to having to make good on a side offer that I honestly didn’t think would come to pass.

On a whim, I offered that if we raised more than $15,000 for Make-A-Wish – that’s $3,000 more than our goal – I would do the entire 37-hour Trade Deadline Blogathon wearing a particularly incredible Chicago Cubs hat. Together with a $1,000 anonymous donation that’s coming through Make-A-Wish Illinois (so it’s not yet up on our thermometer), we’re just $750 away from that mark. I am again overjoyed … but also a little nervous. But a deal is a deal. And if you get us to that $15,000 mark, I’ll do what I said I would do.

Unfortunately, that particular hat is no longer available for sale (almost certainly because so many of you rushed to buy it when I first mentioned it). I asked folks here and on Twitter for recommendations for a back-up hat, which I had to purchase immediately to make sure I had it available to me first thing on Wednesday, in case we meet this ancillary goal.

In the end, I asked myself which of the suggested hats would make me the least happy to have to wear for 37 hours straight, because that was kind of the point. A hat that was a mix of outlandish, but still appropriately fun (because this is still for a good cause), and that gave me nightmares when I pictured having to go get lunch in it. And it had to border so closely to awful that it could almost be ironically awesome.

Behold, a hat that actually exists and is en route to me as we speak: It’s called the Cubs “splatter” hat, which is pretty self-explanatory. Things that aren’t explained? Why is the logo purple? Why is the body of the hat some kind of lavender? Can I even come close to pulling this off?

Donate to Make-A-Wish here. And check back in on Wednesday to see what happens …