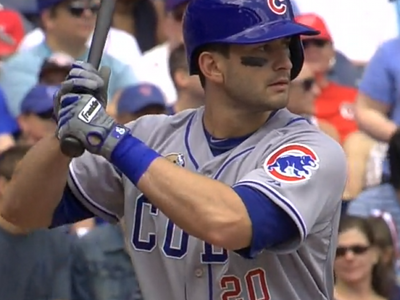 #Royals have backed off Jonny Gomes because they want a bat that can play RF. He doesn't fit that description.

Well, in that case, what about …

I'm not sure #royals see Justin Ruggiano or Chris Denorfia as big upgrades over Justin Maxwell, who's hitting .311 in AAA.

The Cubs do have other outfielders who can play right field – Nate Schierholtz and Ryan Sweeney, for example – but if the Royals prefer a right-handed bat, and someone who’s playing well right now, it would be Ruggiano or bust from the Cubs’ perspective. The Cubs, for their part, have expressed some understandable reservations about moving Ruggiano, given his ability, the team control, and the team need going into next year.

As for whether Ruggiano is better than Justin Maxwell – and setting aside whether a player’s AAA batting average can prove much of anything – I can’t help but wonder: if the Royals really felt Maxwell was better than what they could get in guys like Ruggiano or Denorfia, would Maxwell still be playing at AAA?