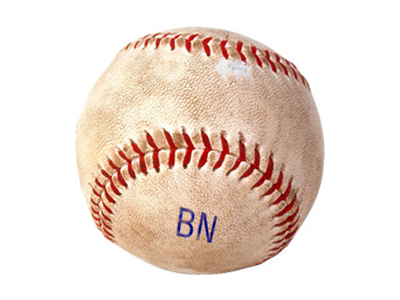 In case you missed it, the midseason update to the Bleacher Nation Top 40 Prospects List came out yesterday. Normally when one of these huge articles drops I try to keep a close eye on the comments and on Twitter to answer any questions and to provide any supplemental information that could be useful.

I couldn’t do that yesterday, though. I jumped in on my phone a few times, but thinking through and typing a thoughtful reply to a complex question while sitting in a noisy cafe and using only the thumbs is not easy. My blogging skills have not yet progressed to that level.

I was able, however, to get a strong sense for the questions most being asked, and in the “Other Notes” section of today’s vacation-shortened edition of the daily I will run through a few of those questions.

Be sure to check out the box scores, though, because there were some great performances on the farm yesterday. Kris Bryant homered, for example, while Dae-Eun Rhee and Marcos Mateo combined to strike out ten over eight shutout innings for Iowa. Meanwhile Pierce Johnson was dealing in Tennessee to the tune of eight strikeouts, and Josh Conway sat down all nine batters he faced. Kyle Schwarber hit a walk-off homer, and so forth and so on.

It was a good day. You should really check out the box scores.

And you can do so by clicking here. That link will take you to a page with all the line scores from yesterday; the box scores and recaps are just a click away from that.

I rank on two things: Projection and Risk. Soler has a Projection that now appears to be as high as the best bats in the Cubs system, but he does lose a notch to the infielder prospects in that category due to the defensive value of infield positions over right field. In the case of Risk, though, I continue to believe that Soler has the highest floor of any of the Cubs elite hitting prospects. His risk factor is low enough that it washed out the defensive difference in projection and propelled Soler above Baez and Russell.

In case you are wondering, the second highest floor I think belongs to Addison Russell, but the greater power exhibited by the three prospects ahead of him held down his relative projection enough for him to slot into fourth.

On a related note, my rankings were finished before MLB.com released their version. My ranking of Soler at two is purely because I have always been high on that guy, and had nothing to do with MLB.com knocking down Soler on partially spurious grounds.

I will also use this space to mention that the move to second for Baez did not hurt his stock at all.  He was not moved because he is bad at shortstop; he was moved to see where he might fit in with the Cubs in Chicago.  His defensive value is entirely unchanged.

He doesn’t turn twenty until October, and in a full season league is striking out nearly a batter per inning while walking less than a batter per game. He gives up few home runs, has a WHIP under 1.000, and not one of those numbers is suspect given his stuff. When a teenager shows not only high end pitches but the ability to control them, I take notice.

He may be ranked a few spots too high, but I would have a very hard time dropping him any lower than eight. Right now, for me, Tseng is the best pitching prospect in the system. And that is coming from a guy who loves C.J. Edwards and is probably too high on Corey Black.

In all honesty, I was very surprised to see him crack the Top 20 for anyone this season. He was in the mix at the back end of the Top 40, but there are just too many unknowns and red flags for me to have any confidence in a ranking. I suspect his live scouting reports are phenomenal, but I have not yet been able to see him in action, or to see enough video on him to have that shade my opinion significantly. In fact, I don’t really have enough to even form much of an opinion.

What I do know is that he is roughly the same age as Tseng, but is pitching two levels lower in the system. I know he has only reached five innings once, and that was in his first game. I know his strikeout rate is good, but his walk rate is less than good. In short, I see all the earmarks of a guy who has one great pitch (his fastball) and is surviving on that. I need to see these results at higher levels, including evidence of more command, before I can get on board the Mejia train. Save me a seat, though, because with his fastball he is starting from a very good position.

I love my readers. I really do.