New Chicago Cubs Prospect Victor Caratini Has the Bat, But Can He Stick Behind the Plate? Skip to content 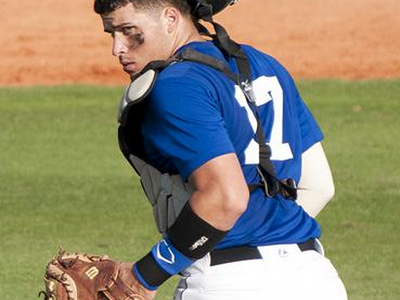 Yesterday, the Chicago Cubs added to their deep, deep coffers of prospects by picking up catcher Victor Caratini from the Braves in exchange for Emilio Bonifacio, James Russell, and about $1 million in cash.

Very nice pickup for Cubs. Caratini is a solid catching prospect. Was the one position lacking among Cubs' position prospects.