Gleyber Torres Promoted to the Boise Hawks Skip to content 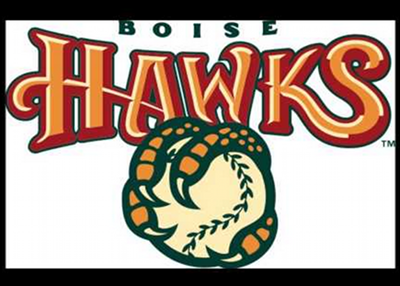 ALL THE SHORTSTOP PROSPECTS.

Within an organization that features Starlin Castro, Javier Baez, and Addison Russell, it’s easy to understand why you might not hear much about the Chicago Cubs’ other quality shortstop prospects. But guys like Marco Hernandez and Carlos Penalver are certainly interesting guys with possible big league futures.

And then there’s Gleyber Torres, who may soon be mentioned in the same breath as that first group of guys. The 17-year-old Venezuelan has been making his Stateside debut this Summer in the Arizona Rookie League, a tough first assignment for such a young player. The Cubs made Torres the second-best paid prospect in the 2013 IFA class (behind his teammate, Eloy Jimenez) based on a quality glove that is expected to stick at short, and a bat that could wind up well above average down the road.

But Torres showed up with something else: incredible plate discipline. Playing against older, more experienced competition, Torres struck out just 18% of the time in the AZL, and, more impressively, he walked 13.7% of the time. His line, overall, was .279/.372/.377.

I say was, because Torres was just promoted to Low-A Boise, presumably for the rest of their season (about a week left, plus playoffs if they make it). No, it won’t be a long stay there, but it’s a great feather in the cap for such a young player with big-time upside. After Boise, Torres will presumably head back to Mesa for instructional ball this Fall. Next year, it’s entirely possible that he breaks camp with full-season Kane County, which would be amazing for an 18-year-old in only his second year in the States.