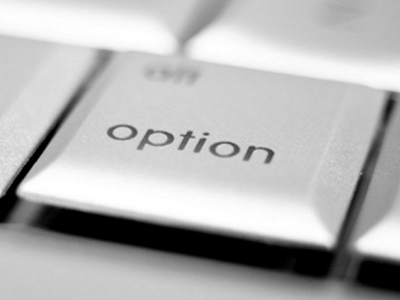 Sometimes, projecting what will happen after the season with a player whose team holds an option is easy. The option’s value is clearly below the player’s market value, or, alternatively, the option price is far too high to reasonably capture the player’s value. In either instance, the decision to pick up or decline the option can be reasonably assumed by everyone – the player and team involved, other teams, the media, fans, etc. – which shapes discussion around those players and the broader market long before the actual decision is due.

Then there are times when the option decision is unclear, either because injury/ineffectiveness muddies whether a formerly valuable player is now worth the option price, or because the player may not quite be worth the option price to that particular team. The latter creates a situation where trade rumors can swirl on the eve of the options decision (remember the nearly-completed Dan Haren/Carlos Marmol swap?), which I find particularly fun and fascinating.

The pitching market this offseason, already fairly well-stocked, could see a bump thanks to each of those two kinds of option decisions. To wit:

Brett Anderson – The talented but oft-injured lefty threw just 43.1 innings for the Rockies this year, and has totaled barely more than 100 innings total over the past three seasons. The results have always been good, the injuries all seem to be unrelated, and Anderson is still just 26 years old. When he’s been abel to pitch, Anderson’s posted a career 3.73 ERA, 3.51 FIP, 3.52 xFIP, 55.4% groundball rate, 18.6% strikeout rate, and a 6.4% walk rate.

Anderson’s latest injury is a ruptured disc in his back, which was surgically repaired. In recent years, he’s also broken a finger, suffered a stress fracture in his foot, and had Tommy John surgery.

The 2015 team option on Anderson’s contract is for $12 million with a $1.5 million buyout, so the Rockies must decide whether Anderson for one season is worth $10.5 million. Alternatively, they could explore in the market whether there’s a team that wants him for $12 million (which would save the Rockies the $1.5 million buyout), and maybe pick up a small piece for their trouble. I doubt they’ll find a taker on that, and I’m not even sure they would find the market at $10.5 million particularly robust. It seems most likely that his option will simply be declined.

Yovani Gallardo – I have for months now labored under the assumption that there was no way the Brewers would pass on Gallardo’s $13 million option for 2015, given his relative youth (28) and past success. But, consider this: (1) Gallardo is in his fourth consecutive season of WAR decline, (2) his 4.08 FIP this season is the worst of his career (and well below league average), (3) his strikeout rate (17.2%) is WAY down, and (4) the buyout on his option is just $600,000.

Nick Cafardo reports that there are some in the Brewers’ organization pushing for a better use of that $12.4 million (the amount extra they’d have to pay to keep him for 2015). Given how Gallardo’s season has played out, I can understand their trepidation. Gallardo’s velocity is at least back to its pre-2013 levels, so there may be something there still to dream on … but maybe not enough.

If the Brewers try to shop Gallardo before making their decision, will they find a taker at his $13 million salary? They might, given his relative health and the short-term commitment. I doubt they could get much in the way of a prospect in return, but it’s a conceivable route.

These options decisions tend to be due in the week after the end of the World Series, so that’ll be the week to watch for rumors on guys like Anderson and Gallardo. Although they aren’t top tier pitching options, whatever happens with respect to their options will impact the pitching market, one way or another.