Chicago Cubs Where Are They Now: Greg Reinhard Skip to content 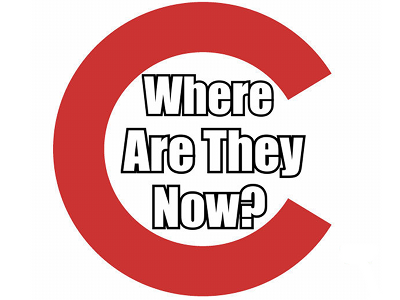 As most of you know by now, I’ve made it my mission to bring back the spotlight to Cubs players who have since moved beyond the clubhouse at Wrigley Field. Maybe they were never “stars,” but we really liked them. And, above all, as we’ve learned, they are real-life human beings. You can check out past ones here, here, here, and here.

Previous to this, I had focused on locating/researching players that had made it all the way to Wrigley. But then I started thinking, what about all those in the minor leaguers who never get their shot? There have to be hundreds … thousands of athletes that work their asses off and never get to realize that ultimate goal. After all, not everyone is Javier Baez or Jorge Soler. Sometimes it’s circumstance and bad luck, sometimes they just didn’t have the stuff, and sometimes they just burn out. Whatever the reason, I wanted to find someone who had been in the Cubs organization, hadn’t made the bigs, and get their take on what being a professional athlete was like.

That’s where Greg Reinhard comes in. Greg spent four years in the minors before moving on to play Independent ball in New Jersey. Nowadays, he runs a company helping kids realize their own dreams of playing ball in college, and, hopefully, one day, the pros. Greg was kind enough to answer some of my questions.

Myles: So, you were drafted in 2005 by the Rays in the 6th round. Can you describe the feeling of being drafted?

Greg: I think anyone who gets drafted would describe it as one of the best days of your life, as well as stressful.  For me, it was a dream come true.  I wasn’t quite sure that day where I was going to fall, but I knew somewhere between the late 2nd and 10th round was a good bet.

Myles: What were the circumstances around you leaving the Rays’ organization and joining the Cubs system?

Greg: I was traded for Jae Kuk Ryu after my first full season.

Myles: Was there any thing significantly different about the two clubs’ minor league teams?

Greg: Well, there were several similarities and differences. At the time, Tampa was really into developing their pitchers level by level. I think the opportunity to move “fast” through the system was more present in Chicago.

Myles: I assume that eveyone’s goal in the minors is to get to the majors. What were some of your goals?

Greg: I certainly wanted to get to the Big Leagues as fast as possible. I did not want to sit in the minors forever.

Myles: How did you stay motivated? I can imagine it can be hard at times?

Greg: Motivation for me was easy. I truly loved to play and compete. I think I did a pretty good job “taking in” every city and stadium. I was a baseball fan before I was a player, so combining both aspects, I got to see a bunch of things and do things I wanted to do as a fan, but in a player role.

Myles: Did you ever feel you weren’t getting a fair shake at moving up? Did you have any good friends that were called up?

Greg: I was fortunate to move quickly through the minors. I never broke through, but never was really negative about the opportunity. Baseball has politics, that’s no doubt. But to this day I am not negative about the experience. I’ve had a bunch of friends get there. Sam Fuld in Oakland was my roommate for most of my time on the road. It’s been awesome to see him sticking in the league.

Myles: What are the major differences between minor league levels that perhaps a casual fan wouldn’t pick up on?

Greg: Well AA and AAA are really a lot better baseball. Single A and High A are kind of tough to pitch through because the approaches in hitters are not always built yet. AA and AAA hitters have a plan, so it is in some ways easier to pitch at those levels.

Myles: What was it like playing for Ryne Sandberg?

Greg: I only played a few spring training games for Ryne. I played for Jody Davis and Pat Listach, and loved playing for the both of them.

Myles: How did your time in the Cubs system come to end? Where did you go from there?

Greg: I was released in spring training after my second year in AAA. I actually pitched really well the year before until the end of the year. But the month of August can make or break guys, and in my case, it got me released. I struck out 89 guys that year out of the pen in sixty some innings I think. I played a summer of Independent ball in Newark, NJ in the Atlantic league and was an All-Star.

Myles: How did your professional career come to a close? Have you officially retired?

Greg: After my summer in the Atlantic league, I decided to pursue some business opportunities.

Myles: It looks like you’ve started your own baseball and softball academy (GRB Academy), can you talk about what types of things you hope to teach young players?

Greg: At the younger ages, we work to really teach the fundamentals the right way and get kids to love baseball. At the older levels, we focus on college placement and showcasing our players.  It has been a huge success in Madison, WI and Wisconsin. We have had over 80 players move onto college, more than 40 scholarship players, and two draft picks in the three years I have been at it.

Myles: What is one thing you wish every fan would know about playing professionally?

Greg: That the players are normal people. And how hard it is to get to those places. Players devote their whole lives to the game. Everybody should be able to appreciate that.

Myles: Do you still follow baseball closely? Have a favorite team?

Greg: I do not follow pro baseball as closely, but college baseball I am involved in every day for recruiting our players. No favorite teams, but certainly keep an eye on my friends who are still playing.

Thanks to Greg for his time and willingness to answer questions. He’s one solid dude.