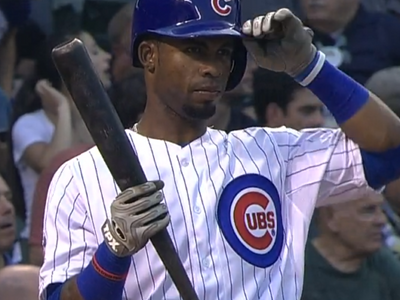 It’s only been in the absence of Javier Baez homers over the past couple weeks that you realize how many homers he hit in his first few weeks with the big club. It was a really dramatic stretch.

The homer was Baez’s 31st on the season, between AAA and MLB, which is pretty incredible given how slow his start was at Iowa, and how he’s dealt with struggles at the big league level.

That was Alcantara’s 9th homer in 58 big league games, and 19th total on the season.

What’s amazing about those two homers? Each was right around 400 feet, according to ESPN, even as the swings look so very different. Each flashes great bat speed and strong hands/wrists, whereas Baez’s bat speed is just a touch faster and Alcantara’s barreling ability is just a touch better.

And now, if you want to see the homers side-by-side, mashed up for fun, here you go (forgive the Gerrit Cole typo):