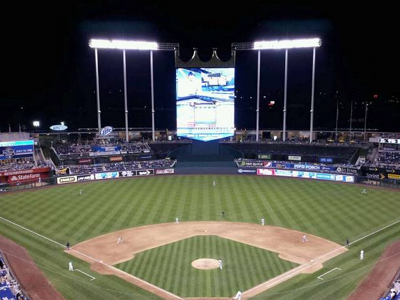 … not that it involves the Chicago Cubs. Yet.

But tonight’s first Wild Card Game – the American League iteration – is not without intrigue. The Oakland A’s feature a guy on the mound who could be the Cubs’ top free agent target, and feature some other guys on the roster who were, until early July, members of the Cubs. And Geovany Soto! So that’s something.

And then there are the Royals, who haven’t been in the playoffs since 1985. Anything can happen in one game (which is the source of both excitement and frustration in these Wild Card Games), so it could be an exciting night.

The Royals throw out James Shields, who could singlehandedly prove that the trade with the Rays two years ago was a good move by dominating tonight. That may be an exaggeration.

(And while I’ve got ya, remember: BNTV records live here at BN at 8pm CT/9pm ET. Join in the fun.)

This is it, folks. Down there. Those comments. Go nuts.