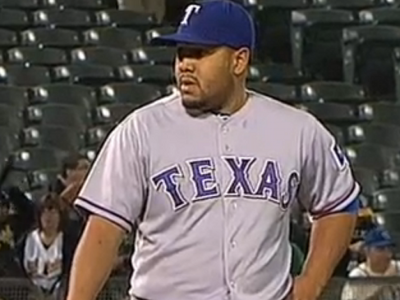 Earlier this week, the Chicago Cubs claimed lefty reliever Joe Ortiz off of waivers from the Rangers. We know the Cubs would like to add to their contingent of lefties in the bullpen, or at least competing for a spot in the bullpen. So, is Ortiz that guy?

Well, the short answer is: maybe. Maybe not. But we don’t really need to know as we sit here today.

Ultimately, there’s no risk to grabbing Ortiz now while the Cubs had a spot. At worst, if they come to find later in the offseason that they need his 40-man spot, Ortiz can be waived, and maybe the Cubs can sneak him through. At best, Ortiz comes to Spring Training as a competitor for a bullpen job. Maybe he competes with Zac Rosscup and/or a non-roster invitee for the second lefty job behind Wesley Wright, or maybe the Cubs like Rosscup and Ortiz enough to roll the dice on non-tendering Wright, and then bring in a non-roster guy or two. Or maybe there’s a free agent the Cubs want to go after, and having Ortiz in the fold helps provide comfort in that pursuit.

Point being: bringing in Ortiz now gives the Cubs options without locking them in to anything. Good by me.