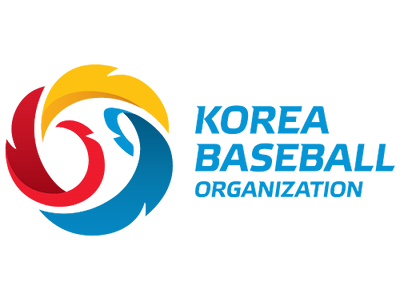 Another name to add to the increasingly crowded international and pitching ranks this offseason: Korean lefty Kwang-Hyun Kim. According to a report out of Korea (h/t MLBTR), the 26-year-old lefty will be posted this offseason by his KBO team. The posting system for Korean players, you’ll remember, is still the old blind bidding system, where the highest bidder gets the player’s rights.

What kind of pitcher is Kim? Well, it’s always harder to tell with players in the KBO (relative to, for example, players in Japan’s highest league, the NPB, which has a higher collective talent level), as we recently discussed with infielder Jung-Ho Kang. Recently, we’ve seen Hyun-Jin Ryu pitch to great success with the Dodgers, and Suk-Min Yoon spend an entire season in the Orioles’ farm system. Ryu was clearly the better pitching talent, but the gulf didn’t seem quite that large, which underscores the uncertain nature of how KBO talent translates to the big leagues.

For years, Kim was one of the best pitchers in Korea, consistently posting elite numbers until (reportedly) injury issues derailed him from 2011 to 2013. He bounced back in a big way in 2014, when, despite the extreme offensive explosion in the KBO, Kim posted a 3.39 ERA. His peripherals, however, nearly matched his career marks, and they’re not overly compelling. For example, Kim sports a career 7.6 K/9 and an ugly 4.1 BB/9 – those numbers would undoubtedly worsen in MLB, and it’s virtually impossible to succeed in the big leagues with a K/9 under seven and a BB/9 well over four.

If your scouting department digs the raw stuff – it sounds like he pitches in the upper 80s with a decent slider – then maybe you take a bet on a guy who could be a lefty reliever, and dream on him as a back-end starter.

But the reality is, you might wind up with nothing at all. So how much do you bid on the rights to that kind of player? Well, how much would you pay for a low payout, low odds lottery ticket? I have a hard time seeing the posting bids on Kim exceeding a couple million dollars, with a very reasonable contract to follow. The total commitment is going to have to be low enough that a team isn’t going to suffer badly if they have to eat it.

And, as I said, it’s really just going to depend on each MLB team’s individual scouting and how they believe Kim’s stuff – perhaps with their own changes in mind – will translate at the big league level. The age (26) is nice, that he pitches lefty is nice (because he could fall back to a bullpen role), and the opportunity to get his rights for a mere cash bid is nice. But the injury history (which is still a little hazy to me after some searching) and the relatively modest peripheral performance in KBO leave me a little uneasy about seeing the Cubs pursue Kim as anything more than a roll of the dice.

You can read a bit more about Kim here and here.