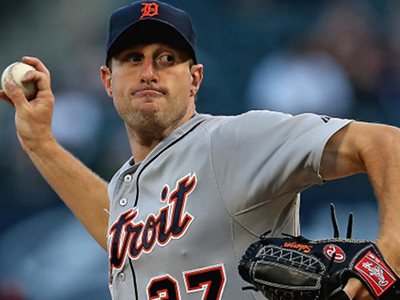 … but here’s some anyway.

Recently, a couple notable predictions (including one that cited buzz around the industry claiming the Cubs were planning to sign two top pitchers this offseason) had the Cubs signing both of the top arms on the market in Jon Lester and Max Scherzer. At the time, my conclusion was: hey, this is fun to discuss, and it’s nice to hear the Cubs in big-time rumors, but it’s nuts to think they’ll actually sign both pitchers.

I reckon for most of you that was probably enough of that, but, if you wanted confirmation from Theo Epstein that the Cubs aren’t going to sign two nine-figure starting pitchers this offseason, Patrick Mooney’s got it right here. While it’s not to say that the Cubs couldn’t afford to do it, but the combination of it being difficult to actually sign a top starter, and the huge risks associated with a long-term deal for a pitcher, pretty much completely scuttle the idea that the Cubs would ink two in the same offseason.

For now, then, the Cubs will likely take things pitcher by pitcher. They’ll soon meet with Jon Lester to court him – unless the Red Sox pin him down first – and, if that doesn’t work out, maybe they fall back to Cole Hamels. Or James Shields. Or Max Scherzer.