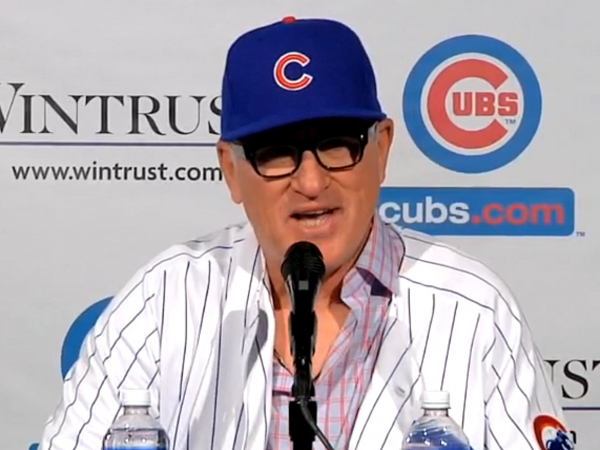 The Wife and I finally watched ‘Too Many Cooks’ last night, the Internet phenomenon courtesy of Adult Swim. It was all the talk last week – we were massively late to the party – and I can see why. It’s not only funny and bizarre, but there’s some … art in there. Or something. It’s hard to put a finger on it, but I found it very effective, and provocative, probably not unlike when folks first viewed Andy Warhol’s work. OK, maybe that’s a bit much, but there is something there.

You've done it, @baseballpro. The Cubs' top prospect list is out, & and it's mildly shocking: http://t.co/40v5KNqwBV pic.twitter.com/arUnbNP2CD