Report: Korean Ace Hyeon-Jong Yang Will Be Posted Next Week, Cubs May Bid Skip to content 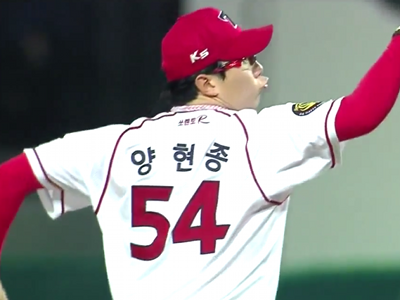 Although he doesn’t seem to be quite on the same level as Hyun-Jin Ryu, a big-time arm from Korea could soon be on his way to the States. Fresh off winning the KBO’s equivalent of the Cy Young Award, 26-year-old lefty Hyeon-Jong Yang’s team will post the pitcher next week, according to a report from Mark Feinsand.

Among the possibly interested teams, according to Feinsand: the Cubs, the Yankees, the Red Sox, the Giants, and the Astros.

We’ve discussed Yang before, particularly in contrast to fellow 26-year-old lefty Kwang-Hyun Kim, whose recent posting netted a mere $2 million top bid from the Padres. Yang is believed to be the far superior MLB-caliber talent, and Feinsand’s sources indicate he could be a mid-rotation type or even better.

I can offer you no meaningful scouting on Yang (other than some videos I’ve watched, where I do like his delivery), but his KBO numbers suggest that mid-rotation in the big leagues might be a stretch. Those numbers aren’t quite on the level of Ryu, who is a guy I would characterize as a mid-rotation type with the upside to be better (which he has absolutely flashed). Obviously numbers aren’t everything, but, at the professional level, they do provide guidance.

The posting process on Yang will be very interesting, as you’ll recall that it’s still a blind bid, top-bid-wins system (for the KBO, the posting system did not change last year when the NPB (Japan) system changed). If Yang is posted early next week, we could know the winner as soon as Friday or Saturday. From there, the winner will have 30 days to negotiate a contract.

It’s good that Yang’s posting, unlike Kenta Maeda or Chihiro Kaneko (if those top Japanese arms are posted at all), is coming so early in the offseason. Teams can bid aggressively on him, if they’re convinced of his upside, and then sort out the rest of their offseason after that. It’s conceivable, as Feinsand says, that the Cubs could be among those teams, though it’s hard to say where Yang fits into the Cubs’ stated desire to pick up a top tier arm and a dependable second tier type. Yang doesn’t have the upside of an ace, and, because he’s unproven in the big leagues, you couldn’t really call him a dependable second tier type, either. He’s more like an upside lottery ticket, but, at just 26 years old, it sounds like a good gamble for where the Cubs are right now.

I’d tentatively think that if the Cubs did get Yang – will his posting fee reach that of Ryu, which was $25.7 million, because of the ongoing boon in international interest? – it wouldn’t foreclose their pursuit of two other starters this offseason, because of the risk that Yang’s skills simply do not translate to the big leagues. Keep in mind that Theo Epstein has said there wasn’t anyone in the current international free agent crop that really jumped out as a target for the Cubs, but, technically, Yang wasn’t yet posted at that time (still isn’t, technically).

In the end, gambling on guys like Yang can pay off, but the Cubs may prefer, given their youth on the offensive side, to play it a little more safe and stick with guys who’ve already had success in the States, even if they’re a few years older than Yang.