Contrary to Report, Cubs Have Not "Inquired" About Outfielder Nick Swisher Skip to content 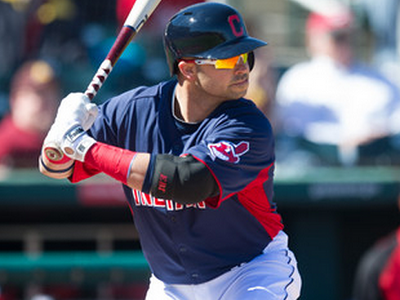 [See UPDATES below. Cubs pretty strongly denying this one.]

From the outset of the offseason, I’ve been very into the idea that the Chicago Cubs could stand to add a short-term, starting-caliber bat in the outfield, likely via trade. As I suspect the Cubs are, I’m wide open to at least considering any possibility.

So, here’s a possibility:

Sources: #Indians exploring wide range of options, including a trade of Swisher for another player with an inflated contract.

Cubs one of the teams that have inquired about Swisher .

Try to remove any preconceived notions you might have about Swisher, and let’s just approach this thing objectively.

In his prime, Swisher was very good. He is not in his prime any longer, and the question is whether he can still be a starter.

That question is tough to answer after double knee surgery ended his 2014 season. Swisher dealt with knee problems all year long, and then had the meniscuses repaired in each knee in late August. Having had a meniscus problem myself, I can say with (very little) authority that it’s not necessarily a serious thing, but (1) I’m not a professional athlete, (2) Swisher is entering his mid-30s, and (3) it was both knees. Sure, you can check out the medicals all you’d like, but you’re really not going to know what you have in Swisher until he plays next year.

Should it be for the Cubs? Well, Swisher is slated to make $15 million in each of the next two seasons, with a $14 million vesting option for 2017 if he’s healthy and makes 550 plate appearances in 2016. To be sure, Swisher wouldn’t get anything close to that in free agency right now, and the Indians know it. If they move him, they’ll need to eat almost all of his salary, and/or pick up a bad contract in return.

On the Cubs, the “bad” contract du jure is that of Edwin Jackson, who has had a couple ugly years in Chicago. But Jackson is due just $11 million in each of 2015 and 2016, is just 31, is healthy, and theoretically still has stuff you can dream a little on. Let’s put to bed immediately any idea that the Cubs are better off with a straight swap of these two players.

If the Indians ate enough money to make it even? Well, ask yourself: which guy would you rather have on the Cubs in 2015 and 2016? You could gamble on a bounceback from Jackson or maybe a transition to the bullpen, or you could gamble on Swisher’s knee’s holding up and him emerging as a possible decent 4th outfielder and/or occasional starter. Without a little more medical info on Swisher, I think it’s hard to say, but, to me, the red flags are far more alarming on Swisher than Jackson. I also don’t know enough about Swisher’s intangibles to comment intelligently on what he might bring in that regard.

If the Indians ate a disproportionate amount of money, such that the Cubs actually wind up saving money in the deal? Well, now we’re talking, though the question is whether Swisher is going to merit a spot on the Cubs’ 25-man roster. As I sit here today, I guess I’d say “probably”, but I don’t have a ton of confidence. I like the switch-hitting bat, and I love the walk rate with a little bit of pop. But Swisher might not be that guy anymore. And I’m not sure the Cubs are better off with him in the mix than, say, a Justin Ruggiano or Jonny Gomes type that he might replace. Again, it comes back to the knee issue. If he’s fully healthy, then I say yes, gamble on Swisher, because, even at his age and with some decline, he’s got more upside than those other 4th outfielders.

In the end, I don’t think much comes of this. The amount of money the Indians would have to eat to move Swisher before he shows he’s healthy is probably going to be too much for their taste, especially when they have the luxury of DH’ing him early in the year.

UPDATE: The discussion above was still useful from an instructive standpoint, but here’s something from Bruce Miles – dueling Bruces! – that neuters the whole thing:

Sources say #Cubs have not inquired about Nick Swisher.

Given the analysis above, and, of course, Miles’ track record, I’m pleased to have landed on “I don’t think much comes of this.” It sounds like, indeed, nothing will.

UPDATE 2: Just to make this quite clear …

Sources say #Cubs have not inquired about Nick Swisher

@BleacherNation They were vehement about it