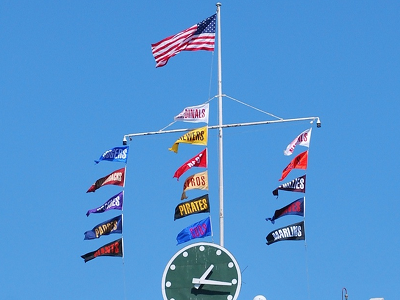 We are just one week away from Black Friday, for which I used to do the get-up-at-4-am thing. I wasn’t even always into the deals when I did it, but I just loved the experience. If you’ve ever done it, you know how crazy that sounds, but I thought it was fun being in that sea of humanity, doing ridiculous things to save $2 on an Elmo doll. The Wife, The Brother-In-Law and I would make a whole morning of it, complete with donuts. So much fun.

I’d like to think that someday I’ll do it again, but having the small children has made it trickier. The other thing that’s made it trickier is how much I enjoy Amazon’s various promotions in advance of, and then on, Black Friday. They do a whole deals week thing – going on now – and then they have lightning deals throughout Thanksgiving weekend. You don’t know exactly what it’s going to be until the moment arrives (though there’s usually a clue), and then you usually have to grab it quickly or it’s gone. I got a carseat and a small trampoline last year for absurd prices because I was ready to pounce. Literally by the time I finished checking out (less than a minute), the deals were gone.

So, yes, this is me sharing an anecdote, and also pimping Amazon, which is very convenient for me now, because BN has a promotional relationship with Amazon. I say good things about them, encourage you to shop there, and BN gets a little financial support when you buy things using this link. I would be saying these things about Amazon anyway, as I have to friends and family for years. Lightning deals! How could you not love it?