Is Justin Upton Now Willing to Waive His No-Trade Clause to Come to the Cubs? Skip to content 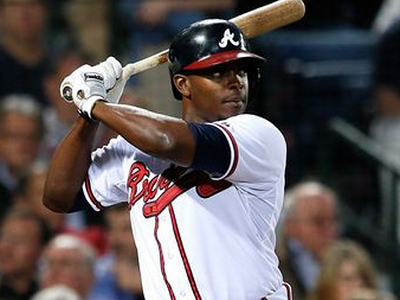 Earlier this offseason, there were (mostly spurious) rumors connecting the Chicago Cubs to each of Jason Heyward and Justin Upton. They were outfield bats (check) who could provide good offense (check) on a team that might be selling (check) and are free agents after 2015 (possibly check). These guys made some sense for the Cubs, depending on how they planned to proceed on into 2015.

But then the Braves traded Heyward to the Cardinals, and it was revealed that the Cubs were on Upton’s very small, four-team no-trade list. With such a small list and no option, for example, to pick up, that seemed like Upton just flat-out didn’t want to come to the Cubs.

Then again. Fast forward to this week. The Cubs have picked up Jon Lester, Miguel Montero, and Jason Hammel, and it seems reasonably clear that they’d like to add an additional solid piece or two to ensure that they don’t squander one of these guys’ best years. (Never has “every season is sacred” been more true than it is now.) I’m ready and willing to open my mind to the many interesting outfield possibilities out there, and I think the Cubs should be willing to deal from their prospect currency base to pick up a quality outfield bat, even if it is someone who could walk after the season (and the Cubs could pick up a draft pick to lesson the pain). Alex Gordon? Dexter Fowler? Denard Span? All varying degrees of interesting.

When these kinds of talks started back in the early offseason, I remarked that Upton, however, might be the guy at the top of my list. That, of course, was partly predicated on an assumption that seems not to have been bourn out in the rumors (i.e., that his $14.5 million salary would dramatically lesson the return the Braves could expect), so I’m not sure Upton would be my top guy anymore.

He’d still be a guy, though. But what about that no-trade clause?

Cubs and Padres both turning up their pursuit of corner-outfield power hitter, and #Braves have one of the few elite ones available in JUp.

Something tells me recent developments might persuade him to change that RT @hawks4life89: @DOBrienAJC will JUp waive no trade to the cubs?

Now, then. Let’s be clear that O’Brien isn’t saying the Cubs are pursuing Upton. He’s just connecting some dots based on what he’s hearing about the Cubs (Jim Bowden also says they’re looking for an outfield power bat, by the way, and Buster Olney also hints that he would waive his no-trade), generally, and the availability of Upton. The more interesting part, for now, is that Upton may be happy to come to the Cubs if they came knocking.

Who knows what the Braves would be looking for, what with their bizarre offseason, but this may be an avenue worth pursuing. As I wrote on Upton back in October:

For the Cubs, a year of Upton in 2015 could provide not only a significant boost to the offense at a defensive spot where they can afford to add an outside player (left field – which would convert Chris Coghlan to a reserve outfield/bench role), but would also give them interesting options after 2015. If Upton acclimates well and everyone feels there’s a fit, maybe the two sides discuss an extension. After all, Upton will play most of 2015 at just 27 years old. Or, if no reasonable extension is to be had, then the Cubs can make Upton a qualifying offer, and pick up a draft pick to replace the ones they project to lose next offseason by signing a top tier arm or two.

But, yeah, don’t sleep on the “2015” part – Upton was a 3.9 win player in 2015, and one of the best bats in the NL. Care to dream about a lineup that has Castro, Rizzo, Upton, Soler, and Bryant in some order? And if Javier Baez gets over the hump? That has the makings not only of a competitive lineup in 2015, but a potentially great one.

One cynical caveat here: if it’s true that the Braves have, so far, not found the market for Upton to be what they are liking, then it would behoove them to scare other teams a little into thinking that the Cubs – now with Lester in hand and sights set on 2015 – are coming hard for a power bat.

All in all, do I buy this? Are the Cubs going to make a serious play for Upton? I don’t think you can count on it, but it does seem plausible. And, if it’s true that Upton would waive his no-trade to come to the Cubs, it’s also now possible.