Giants Get Their Pablo Sandoval Replacement: Trade for Casey McGehee Skip to content 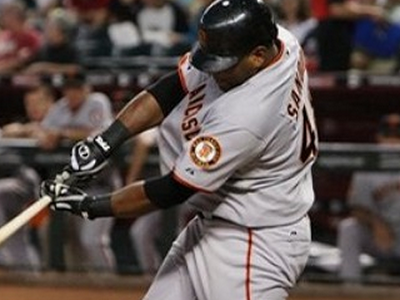 After the Marlins picked up Martin Prado from the Yankees in one of yesterday’s many fevered deals, I mentioned the possibility that the Giants, still looking for a third baseman to replace Pablo Sandoval, could turn to the Marlins for an assist. The acquisition of Prado to play third base theoretically made incumbent Casey McGehee expendable.

And, reportedly, that’s just what happened, with McGehee going to the Giants for young pitchers Kendry Flores and Luis Castillo. McGehee, 32, is a former Cubs farmhand who found success with the Brewers before short stints with the Pirates, Yankees, and a team in Japan. He returned to MLB last year with the Marlins, and posted a decent .287/.355/.357 line (the BABIP 40 points above his career mark gives you pause, though). He’ll be a free agent after 2015.

The relevance here for the Cubs is the possibility that the Giants would come asking, aggressively, about Luis Valbuena. That won’t happen now, which isn’t altogether disappointing, given Valbuena’s value to the Cubs. The Giants aren’t the only team out there that could use a guy like Valbuena, but they were one of the most obvious fits (and a potentially desperate contender, to boot). Still, there are a number of teams out there looking not only for an upgrade at third base, but also at second base, where Valbuena can play, as well.

The odds remains strong that Valbuena begins the year with the Cubs, as their starting third baseman. From there, any number of things could happen.