Enjoying the Strange of Baseball and Other Bullets Skip to content 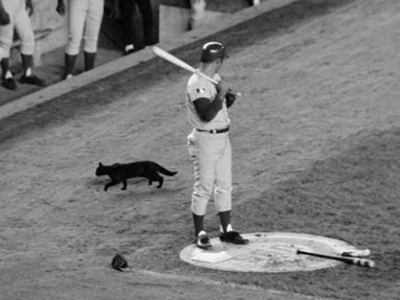 And 2014 closes up shop. More on that later today.

Prospect Handbook is off to the printers. Huge, huge thanks to the hundreds of scouts and execs who make it possible pic.twitter.com/4YB6IE2I6H

VERY META: Over the past few days, I’ve been working on a number of site changes aimed at improving overall performance of the server and the load of the site, itself. Among the things you may notice: (1) as discussed, the often-broken Recent Comments widget is gone, as is the entire tab unit onto which it was placed; (2) that means the Recent Posts widget is also gone (it may come back at some point, but it was also a fairly heavy resource-user, and I’m not sure the trade off is worth it when you can pretty easily click back to the home page to see the full list of recent posts); (3) I removed one of the ad units that I believe was one of the major culprits of site slow-down (hopefully that proves to be the case – ask any publisher: we don’t remove ads lightly!); (4) other ad tweaks, including relocating some ads and theoretically blocking some of the worst ads (though, be warned: January and February are often a low point for ads for reasons I won’t get into – lotta junk gets into the mix, and I do the best I can); (5) tweaks to the way the site is cached (so if you notice anything strange, like new posts not showing up on the home page right away, please let me know); and (6) Disqus implemented some changes on their own, including a big new ad unit (their product is free, so they want to make money somehow). On that last one, although Disqus made that change on its own, I do have a little bit of control over it (and it is supposed to generate some revenue for the site), so I’ll be monitoring how it impacts site performance. It appears to be the kind of static thing that will not be a performance problem, however.