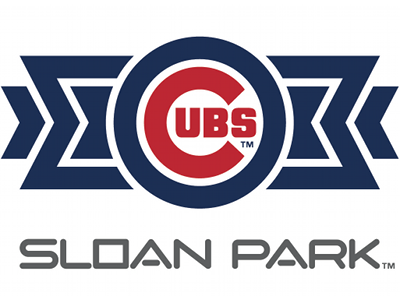 We knew it was coming eventually, and today is the day: generically-named “Cubs Park” in Mesa, Arizona now has one of those fancy naming rights names: Sloan Valve Company is the sixth legacy partner of the Chicago Cubs (aka “the big-time corporate sponsors”), joining Anheuser-Busch, ATI Physical Therapy, Starwood Hotels and Resorts, Under Armour and Wintrust. In addition to the naming rights at Sloan Park in Arizona, Sloan Valve will have a “branding presence” at Wrigley Field in Chicago, including signage in the visiting team’s bullpen (and, then, presumably somewhere else after the bullpens are relocated under the bleachers in 2016 or 2017).

The partnership also includes a functional component, as the Cubs will utilize Sloan’s products at their Mesa facilities, and in the 1060 Project – the Wrigley Field renovation and development – back in Chicago. Sloan’s “water-efficient” products include flush valves, electronic faucets and soap dispensing systems, sink systems and vitreous china fixtures.

“Teaming up with Sloan – another family-owned company based in Chicago with more than a century of history – is an important move for the Cubs as we look to provide clean and sustainable water solutions for our facilities in both Mesa and Chicago,” said Cubs Chairman Tom Ricketts in a statement.

Logos and renderings of Sloan Park from the Cubs. I think I see the pipe connection. pic.twitter.com/6P0ZipdO5H

I have three reactions to this news:

(2) As far as named stadiums go, “Sloan Park” is pretty good. It sounds very natural, and, while it could always be cooler, it could also be “Globe North Financial Services and Retirement Planning Park.” To be quite honest, I’m relieved. I’ve been fearing what the name was going to be for about a year now.

(3) There will be jokes. Lots of jokes. The Cubs have just partnered with a company that makes flush valves and other plumbing fixtures. I’m sure they are excellent products. But, you know. Jokes. Hopefully good-natured. But they’re coming. Might as well get it out of your system.*