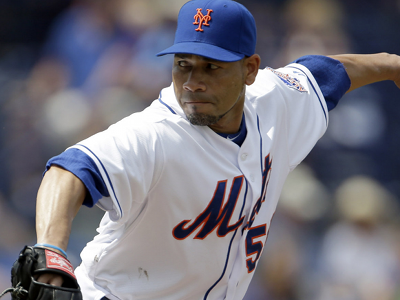 According to multiple reports, the Chicago Cubs are nearing a deal with their next lefty bullpen flyer: Pedro Feliciano.

Feliciano, 38, did not pitch in the big leagues last year, spending the season at AAA in the Cardinals’ organization, where he battled control and long-ball problems. He then pitched in the Puerto Rican Winter League – where he was teammates with Javier Baez on Santurce – and posted a 1.98 ERA over 13.2 innings (19 appearances), striking out 9, walking 4, and allowing just 8 hits.

You probably remember Feliciano’s name, and that’s because from 2006 to 2010, he was an excellent reliever in the Mets’ bullpen. In his career, he was exceptionally successful against lefties, holding them to a .208/.279/.298 line and posting a 2.69 FIP and 2.91 xFIP. After 2010, Feliciano signed a big deal with the Yankees, and promptly blew out his shoulder. He never pitched for the Yankees, and returned to the Mets in 2013 as he finally returned to the big leagues after multiple shoulder procedures.

All in all, Feliciano makes for a fine minor league addition – Spring competition, veteran presence, minor league depth – even if the odds he can come back and be successful at the big league level are rather low.

There are certainly some intriguing options in there, but this is going to be one of the most wide-open questions for the Cubs heading into Spring Training. It gets even more questionable when you consider how many strong options the Cubs have on the right-handed side, and tentatively presume that there won’t be a spot for more than one lefty (unless the other lefty is considered more of a long reliever). And then you wonder how roster considerations – as in, being able to keep certain guys in the organization – will weigh against fielding the best possible bullpen on Day One.

It starts to get very complicated. Spring Training will be very interesting on the pitching side.