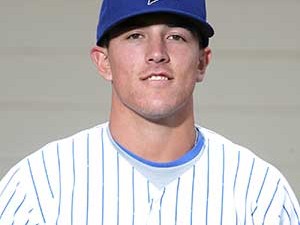 Chicago Cubs utility player Logan Watkins may miss the 2015 season after he suffered a torn Achilles tendon while working out in Arizona:

Devastated to say that I tore my Achilles today working out in Arizona. Hard to put into words how sad I am that I won't be apart of the

Great season the Cubs are prepared to have.

Thanks for all the positivity.. First time anything like this has ever happened to me so still kinda shocked. But the support helps a lot

It’s gotta be crushing for Watkins, who, according to previous tweets, had only just arrived in Mesa the day before. It makes you feel a little sick for the guy.