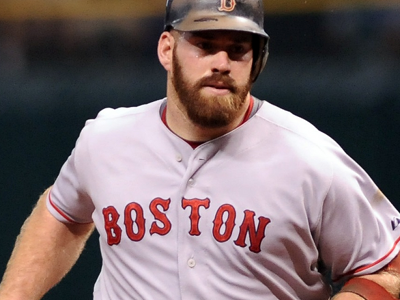 Longtime Boston Red Sox player Kevin Youkilis is undoubtedly intimately familiar with the Cubs’ front office, and now he will be a part of the ever-expanding brain trust at Clark and Addison.

That, according to Mark Gonzales:

Kevin Youkilis is joining the Cubs as a special assistant

The role of a special assistant varies, depending on skills and organizational needs, but having former players integrated into the organization can only help. They relate well to current players, and have an intimate familiarity with the game that is hard to match externally.

Youkilis, 35, finished his career last year in Japan, playing only 21 games due to a plantar fasciitis issue. It was just the latest in a handful of injuries that seemingly derailed his career a few years early.

We’ll await an official announcement from the Cubs before digging too deeply into what exactly Youkilis will be doing, but it’s worth pointing out that he was a guy who always got the most out of the physical gifts he was given (and finished his playing days with a 12.2% walk rate, and 18.7% strikeout rate).