Phil Coke Chose the Cubs, but Will the Cubs Choose Phil Coke? Skip to content 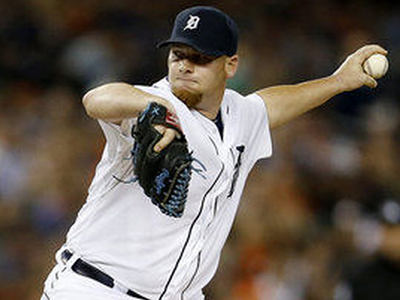 As soon as the physical and MRI are all squared away, lefty Phil Coke will be officially entrenched in a position battle which features a deep and diverse field. Ken Rosenthal reported Thursday that Coke signed a minor-league deal this week with the Cubs, later adding that Coke turned down a guaranteed, major-league offer in favor of the minor-league offer from the Cubs. If he makes the Cubs, Coke will reportedly receive a $2.25 million salary with up to $900,000 in incentives.

Over at JABO, C.J. Nitkowski discussed why a guy like Coke would choose a non-guaranteed minor league deal over the guarantees of a big league contract. Nitkowski flashed back to the 2001 offseason when he chose a minor league deal with the Astros (declining a major-league deal from the Mets) in an attempt to re-establish himself in a place where he believed he had a better opportunity. And that’s likely similar to the calculus we’re seeing from Coke.

The Cubs’ bullpen competition is a crowded one (and right-handed heavy, at that) with Hector Rondon, Pedro Strop, Neil Ramirez, Justin Grimm and Jason Motte being largely interchangeable, high-leverage power arms.

Beyond that, however, lies the lefty competition where Coke will try to create a niche as he competes with guys like Zac Rosscup, Joe Ortiz, Drake Britton, and a reverse-split guy like Blake Parker – all of whom (except for Britton) have minor league options left. Obviously the Cubs will opt for the arm they feel puts them in the best position to win, but if maintaining maximum player control plays a major role in piecing together the bullpen, Coke and Britton would have a slight edge.

Further, there’s a lot of youth in that competition, and if veteran predictability factors into the decision, a further edge would go to Coke, who has 383 games (and 26 playoff games) under his belt.

Even if the three lefties — Tsuyoshi Wada, Travis Wood, Felix Doubront — going for the fifth starter spot were considered for the bullpen, none are an ideal fit as a lefty specialist, and would probably be better suited for long relief roles. That is to say, it’s unlikely one of those three would bounce Coke from the bullpen competition.

So, at a very superficial level, did Coke make a good choice? Looks like it.

Coke looks to bounce back from the last two seasons, in which he posted a 4.04 FIP, 1.588 WHIP and a 91 ERA+ in 96.1 innings. Quite a step back from his memorable postseason run with the 2012 AL pennant-winning Tigers. During that postseason experience, Coke tossed 10.2 innings, limiting opponents to a mere .162 average.

It just so happens that Coke was on the mound to for the pennant clinching final out:

Wouldn’t that be nice to see at Wrigley?

Then there was his postseason strikeout streak, in which he struck out the first seven Giants he faced in the World Series, five of which were left-handed:

In this bullpen competition, the lefty specialist role is up for grabs, and Coke assuredly factored that into his decision to accept a minor league deal with the Cubs, even if it’s not his preferred title. There are reasons to like each of the lefties involved in the competition (and Blake Parker, if you want to group him in), but Coke may wind up the best fit. And his gamble to come to the Cubs may pay off.