Not to Be Outdone By Kris Bryant or Will Ferrell, Jorge Soler Crushes One (VIDEO) Skip to content 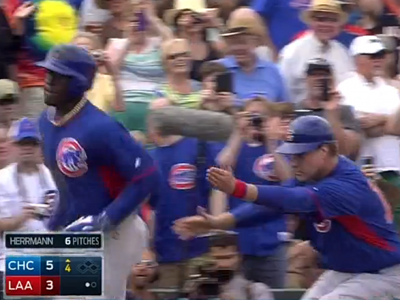 After watching his teammate, Kris Bryant, launch a monster homer today out of reach of Angels center fielder Will Ferrell, Jorge Soler sent a bomb of his own:

But Ferrell was involved, as you saw there in the video. He was coaching third base at the time, and he had a message for Soler just prior to the homer:

Cubs 3B coach Will Ferrell with an appropriate sign for Jorge Soler, who promptly homers. pic.twitter.com/xi39nwibLU