Who Does Number 2 Work For? A Deeper Dive Into the Cubs' Second Batter Skip to content 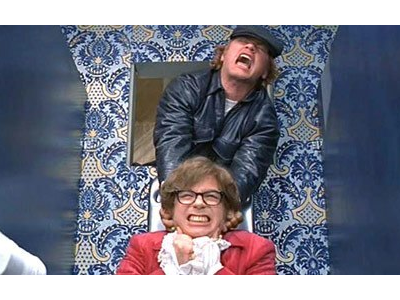 Among the reasons the Cubs hired Joe Maddon was for him to bring structure and stability, in his own way, to the on-field product on a daily basis. With Dexter Fowler firmly positioned at the top of the order, the first place in the lineup Maddon could stabilize is in the No. 2 spot. We know, statistically, that it’s a tremendously important spot in the lineup – maybe the most important – and the Cubs were anything but stable there last year.

The 2014 Cubs used 11 different No. 2 hitters, with three batters receiving at least 100 plate appearances in that spot. Javier Baez saw the most time there, partly for developmental reasons, and struggled with a .169/.227/.324/.551 slash line and 41.5 percent strikeout rate in 229 plate appearances.

Maddon, who hasn’t set an everyday line-up yet, called baseball’s two-hole a mystery.

Since every mystery needs a good sleuth, what better time than now to start digging for an answer.

In an attempt to find the best option(s) to fill the Cubs’ void there, the goal was to find a player whose projected stats (via FanGraphs’ Depth Charts) checked in at or above league average among No. 2 hitters in the following categories: average, on-base percentage, slugging percentage, OPS, wOBA and walk rate.

Only one player checked all six boxes: Anthony Rizzo.

Cubs No. 2 hitters made 731 plate appearances in 2014, while the No. 3 hitter made 715. It might seem small, but getting the Cubs’ best hitter 16 more plate appearance could help optimize the lineup’s performance.

(Note: Considering that Fowler is already penciled in as the lead-off man, his name was not included here, despite meeting four category points.)

Aside from his projected .257 average and .314 OBP falling short of the league average requirement set earlier, Soler remains an intriguing possibility to bat second thanks in part to some of his peripheral stats. His .465 slugging percentage and .339 wOBA are above league average, while his 7.5 walk rate is just good enough to merit consideration.

As far as sleepers are concerned, there are two who come to mind.

Tommy La Stella isn’t promised a full-time job, but could find himself with one if he supplants Baez at second base or is deemed good enough at third base to move Bryant to left field. His projected .269 average, .337 OBP, 8.5 percent walk rate and 11.9 percent strikeout rate are numbers he has going in his favor.

Arismendy Alcantara, who could also find himself in a utility role, performed admirably in the second spot last season. He made the most of his 67 plate appearances, hitting .263 with a .358 OBP, .474 SLG and a 10.4 percent walk rate. He struck out in 23.9 percent of his chances in the two spot, but that was lower than the 33 percent strikeout rate he posted batting everywhere else in the order.

If the Cubs are to be considered serious contenders, settling for league average numbers from the two-spot probably won’t cut it for Maddon. With that being said, getting to league average is a primary step toward putting together the best lineup possible.