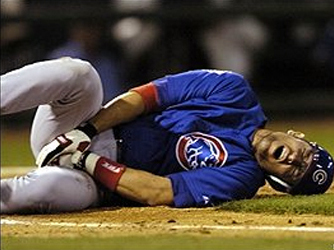 Well, we’ve finally reached that part of the Spring where you gaze upon your favorite team’s roster and realize, “Hey … there are a lot of injured guys.” It happens to every team this time of year, and you just hope that your team’s injuries are relatively minor, are a positions of relative depth, and/or involve players who aren’t expected to contribute meaningfully early.

For the Cubs, there’s a large contingent of “injured” players right now, but, for the most part, it’s all pretty bearable. Here’s the latest on the convalescing crew …