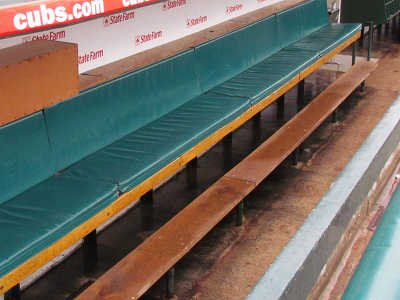 Have you been enjoying the rollout of the this year’s BN Top 40 Cubs prospect list? Do you enjoy seeing and hearing things? Then I’ve got some good news for you: (1) Luke’s latest installment of the list comes later today, and (2) Luke and I will be doing a live stream tonight at 7:30pm CT (8:30pm ET)!

So, stop by the site at that time to watch and participate. You can throw your questions and remarks into the comments, or you can send them to us on Twitter (@BleacherNation, @ltblaize).

Just engaged in a sensual hug with @KrisBryant_23 ..my oppo pop increased significantly.

@BleacherNation I swear, if @KrisBryant_23 overtakes my #1 spot I'm gonna be FURIOUS. He's not even human. Do "Cubs Top Human Prospects"

*(If you’re wondering why I pictured and tweeted that Boras quote instead of linking to it, ESPN changed their web site yesterday in such a way that I found that quote on the MLB page, but it was just kind of floating out there to the side by itself, without any specific page to which it was connected. I applaud efforts to improve the content experience as much as anyone, but the new ESPN has some kinks to work out, at least on desktop.)