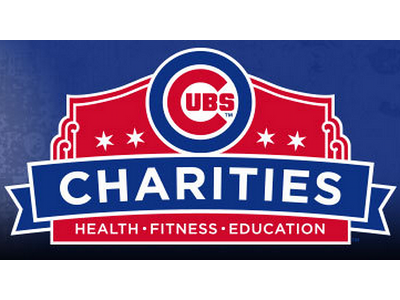 Today, the Chicago Cubs announced something for which they deserve a pat on the back: all net proceeds from Chicago Cubs Authentics sales will now go to Cubs Charities.

Who knows how much revenue the Authentics program generated for the Cubs since it started in 2012 – maybe it wasn’t much – but the Cubs have elected to instead forgo any revenue, and just pass it all on to Cubs Charities. Not only do I think that’s a great thing in and of itself, I also think it will make Cubs fans feel even better about buying Cubs Authentics or participating in their auctions.

The Chicago Cubs today announced net proceeds from all MLB-authenticated, game-used and autographed Cubs memorabilia sold through Cubs Authentics will be donated to Cubs Charities. These funds will help support Cubs Charities’ mission to harness the passion of Chicago Cubs fans to improve the lives of children and families across Chicago.

Cubs Authentics, which launched at the beginning of the 2012 season, is the premier outlet for MLB-authenticated Cubs memorabilia, including game-used jerseys and baseballs, autographed items and one-of-a-kind Wrigley Field Collection items.

Fans and collectors interested in supporting Cubs Charities through the purchase of Cubs Authentics memorabilia can currently find autographed baseballs, bats and jerseys from new and returning players available at www.cubs.com/authentics. Fans can also pre-purchase game-used bases from Opening Night featuring a commemorative base jewel honoring Ernie Banks, or bases from the team’s home series in April with specialty matchup base jewels vs. the St. Louis Cardinals, San Diego Padres and Pittsburgh Pirates, plus a Jackie Robinson Day base jewel from April 15 vs. the Reds.

“Part of the Cubs’ mission is to support our community and be good neighbors. Cubs Charities is very excited to partner with Cubs Authentics to help improve the lives of children and families across Chicago and beyond,” said Connie Falcone, vice president of development, Cubs Charities. “We hope our fans are just as excited to build their collection of authenticated Cubs memorabilia while supporting great causes through Cubs Charities.”