Theo Epstein Will Have None of Your Shenanigans, Clark the Cub (VIDEO) Skip to content 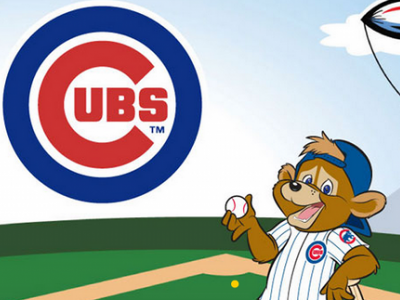 Yesterday, at the South Bend Cubs’ opener – the first in the new organization, and the first at their own renovated park – Chicago Cubs President of Baseball Operations Theo Epstein was called upon to throw out the ceremonial first pitch.

At the dish? None other than the Cubs’ own mascot, Clark the Cub.

Beloved by children everywhere, reviled by over-reactors, Clark stepped to the plate for a joyous occasion. He probably made merry, doing a little dance, and showing off for the fans. I’m speculating, of course, but it sure seems plausible.

And it would explain why Epstein would have none of it:

CHARGE THE MOUND! THROW SOME FURRY FISTS OF FURY!

Maybe the pitch just got away from Epstein (though his form looked excellent). Maybe this is just a silly, happy accident.

But I choose to think that was a purpose pitch.