About Jon Lester's Tough Night and Other Bullets Skip to content 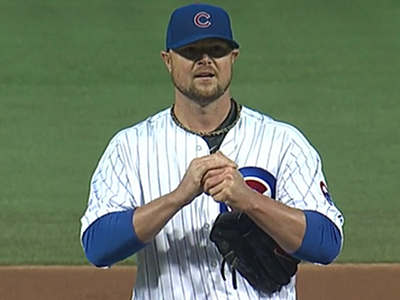 I’m still smiling. How about you?

The Chicago Cubs are in sole possession of first place in the NL Central for the first time in six years (except for after their first game in 2013). Sure, it’s completely stupid to care about that kind of thing after just one week of the season … but it’s been so long since we got to say something like that. So I’m going to say it, and I’m going to enjoy it.

For posterity: the extent to which Jon Lester's second pickoff throw missed the mark. pic.twitter.com/zOi4lfO60J