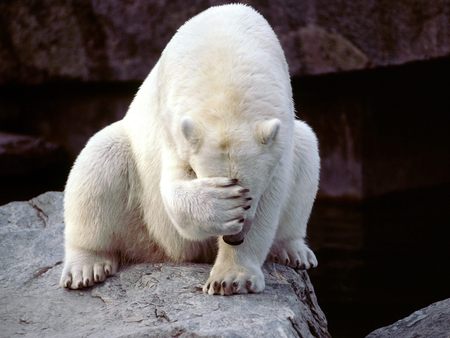 Ah, the baseball blogging equivalent of the walk of shame.

During yesterday’s game, emotions were high. It was Kris Bryant Day. The Cubs were coming off some really nice wins. The Padres are a competitive team, and James Shields was on the mound. Like you, I really wanted to see the Cubs win.

So, when it appeared that the Padres had been gifted two extra swings that both resulted in homers – netting the Padres the only runs they’d score on the day – I reacted poorly:

YOU GOTTA BE ******* KIDDING ME. EVERY RUN THE PADRES HAVE SCORED TODAY CAME A PITCH AFTER A HORRIBLY MISSED STRIKE THREE CALL.

Almost the entirety of the EBS that followed as about the “missed” strike calls, and how the Cubs had pretty much been screwed. I accepted it as one of those things that happens throughout a long season, but boy was I steamed.

I was also objectively wrong, and now I deserve to feel like a turd. Which I do.

So, there you go. While it’s true that the strike zone was erratic yesterday, Holbrook got those particular calls correct, and we owe him an Internet apology. Sorry, Sam Holbrook.

As for Joe Maddon, who also thought the pitches were strikes and was ejected on that basis, he said the right things after the game:

In short: Maddon thought they were strikes and couldn’t let the second one slide. However, it’s the Cubs’ job to execute even after a call doesn’t go their way, and they didn’t do it. So there’s no blame for the umpire here. Maddon is so very good at the public face aspect of his job, because that was such a heated moment, and yet he explains it perfectly after the game.

And, indeed, in the end, there shouldn’t be any blame for the umpire at all. In this instance, he made the correct calls on these pitches.

I actually now feel a little better about yesterday’s loss, because at least the Cubs earned it.

Marcus Stroman Has Been Cleared to Rejoin the Cubs, Could Start Soon

Stanley Cup Playoffs Preview: A Blackhawks Fan Guide to the Second Round