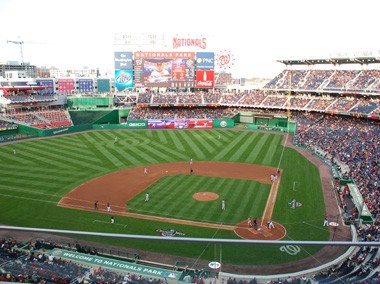 The Cubs picked off the first game in this four-game series, and now they’ll have three chances to get a split on a road against a very good team.

That’s a horrible way of thinking about things.

Forget I said that.

Tsuyoshi Wada and Tanner Roark face off in a rematch of last week’s game at Wrigley. Each gave up just one earned run over five innings of work (5.1 for Wada, actually), but the Nationals wound up winning the game 2-1 after Wada departed.

Roark has been an in-play machine this year, with strikeout and walk rates both below 9%. So you’ve got to do your damage with the bat if you’re going to beat him, because he’s probably not going to beat himself. Like Wada, he’s not likely to go more than a couple times through the Cubs’ order, especially if they’ve gotten his pitch count up, so you’d like to see the Cubs score some runs early.