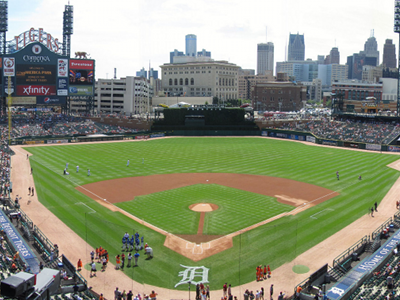 I’m almost fried from another full day of draft coverage, so tonight’s game will be a nice palate cleanser.

The Cubs head to Detroit to take on the scuffling Tigers – Keep. Scuffling. – and Anibal Sanchez. It’s a DH game for the Cubs, and it’s Miguel Montero getting the nod. It turns out that Jon Lester starting is good timing for the Cubs, who would have had David Ross behind the plate anyway.

As expected Chris Denorfia gets a start in the outfield, but it’s Junior Lake – not Chris Coghlan – starting on the other side. Righties are hitting better against Sanchez this year (and he’s split-neutral for his career), so I expect that played a part. Joe Maddon has done that a fair bit this year, and I like it.

The Tigers are almost certainly better than their recent woes indicate, and this continues a really tough stretch for the Cubs. With Lester going today and Jake Arrieta going tomorrow, you’d like to think the Cubs should win at least one of these games. But, you know, baseball.