If You're Heading into the Cubs' Bullpen, Watch Out for Justin Grimm (VIDEO) Skip to content 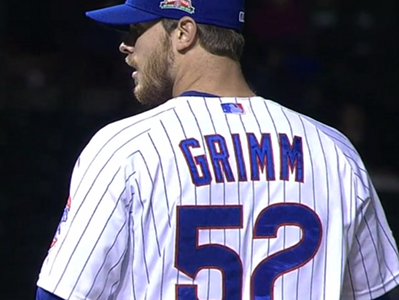 I just want to say that Rob is a hero for capturing this on video.

Take it away, Justin Grimm:

High comedy in the bullpen with Justin Grimm

That is hilarious. I can’t tell exactly who that is that Grimm scared (catching coach Mike Borzello, maybe?), but it’s awesome either way.

The best part is that Grimm was literally just about to get up in the pen, and came into the game shortly thereafter, pitching a scoreless inning.